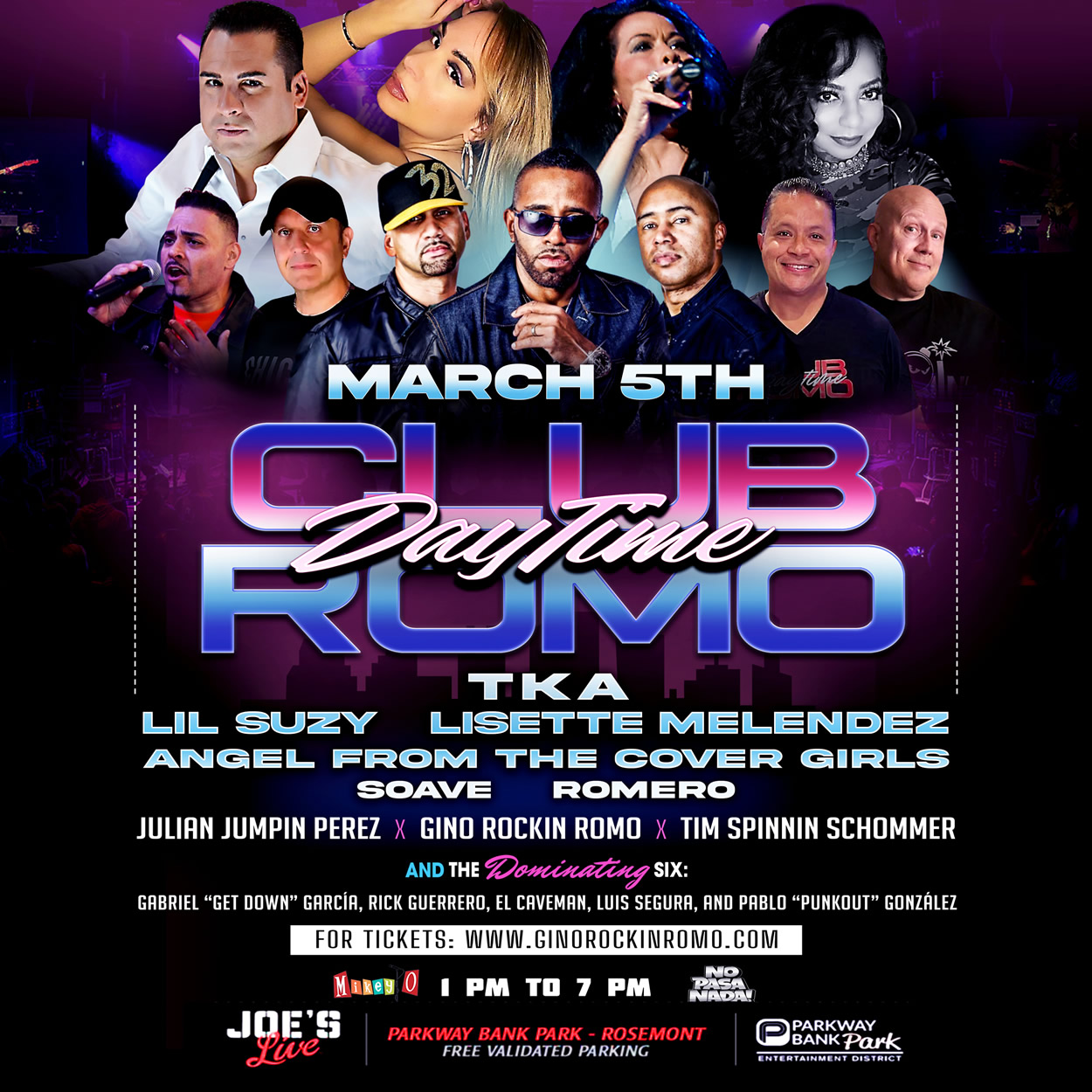 Avoid the additional fees by purchasing your tickets at one of our two dental offices:

“The Baddest DJ on the Southside.”

Chicago legend and WCYC veteran for over 10 years, Gino Rockin Romo has played at countless night clubs, festivals, and even weddings, proms, and private parties as a mobile DJ.

Gino in the news

Before becoming Dr. Romo, he was Gino ‘Rockin’ Romo

While Genaro Romo was attending the University of Illinois at Chicago College of Dentistry, he led a double life. During the week, he hit the books. But come the weekend, he became Gino “Rockin” Romo, a well-known DJ who was in high demand for parties, homecomings, proms and festivals, and was featured on a local radio program.

Whether seeing patients, serving with Board members at Delta Dental of Illinois or jamming out as a DJ, Dr. Romo maintains his passions the same way – with enthusiasm and an optimistic outlook. With National Hispanic Heritage Month being a chance to celebrate Hispanic achievements and culture, Dr. Romo reflects on his community.